Suarez Waste of Time According to Fans 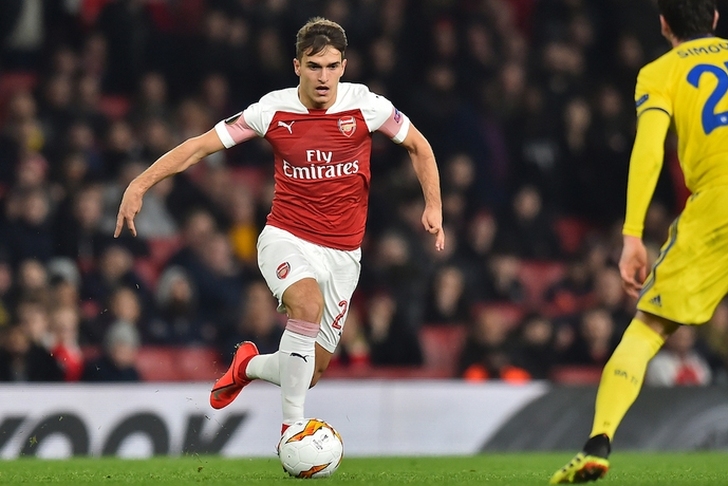 There are lots of players moving around the clubs all year, in the transfer windows we see clubs signing players either permanently or on loan. In January Arsenal had a player on loan from Barcelona and to say that the fans are not impressed is something of an understatement as the season closes and it looks likely the Gunners are going to finish outside the top four. Freetips.com looks at the current position and why the midfielder has become so unpopular.

Teams are judged on their performance on the day, and also their stats and Arsenal fans are hanging their heads in shame as the team has managed one win in the last five games, the other four ended in defeat, not even managing to scrape a draw. They have two games left to play and if they win both, and Chelsea or Tottenham happen to lose theirs then a top four could be possible, but one player who will not be helping them is Denis Suarez.

In the 2013/14 season, the team signed Kim Kallstrom who was fated from day one, going down with an injury the day after he was signed and only actually making three pitch appearances leading to him being dubbed the worst signing in the club’s history. You would have thought that would take some beating, but fans are now saying that Suarez has done just that. They have dubbed him a total letdown, pointless and vented their feelings on social media. He arrived at the club in January, as a loan, specifically to push the team up into the top four. In the few months that have passed, he has played in a handful of games as a substitute and never scored or assisted with a goal. Leading fans to call him pointless, and clearly not support any move to pay his release fee, although as yet we do not know if that is on the cards. To add injury to insult, he has now released a Twitter statement confirming he is not fit to play any more this season and fans are livid.

“I want you all to know that I will not be able to play again this season. After various medical consultations, the conclusion has been reached that I cannot keep on pushing it and I have started a period of treatment that cannot be done alongside competitive football. I am sorry that all the effort and sacrifice made to come to Arsenal hasn’t come to fruition as hoped and you can’t even imagine how angry I am about it, but health comes first. I want to give my thanks again to such a big club for trusting in me although things haven’t gone as we pictured they would. I am stepping aside, but I am grateful for the messages of care and support that you all have sent to me every day. This will be where I take my strength from to return stronger than ever and even more determined.”