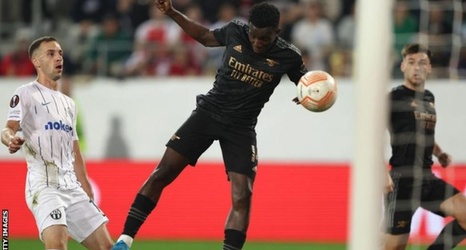 Arsenal began their Europa League campaign with victory over Zurich.

Nketiah restored Arsenal's lead in the second half, heading in at the far post from Marquinho's cross. Mikel Arteta's side face PSV Eindhoven in their second Europa League game next Thursday.