'When you get a chance you have to take it' 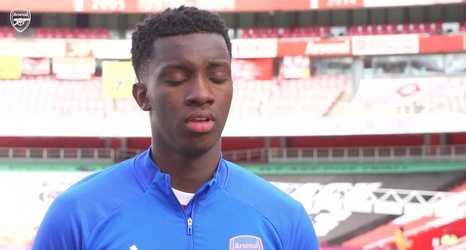 Eddie Nketiah has waited patiently for his chance in the second half of the season - and he took it on Sunday.

The England Under-21 striker replaced the injured Alex Lacazette in the second half and went close twice before pouncing deep into stoppage time to rescue a draw against Fulham.

"It's great to get on the scoresheet and salvage a point for the team," he told Arsenal Media after the game. "We fought very hard and we were very good at the tail end of the game, so I think it's the least we deserved. It's always nice to score for Arsenal.