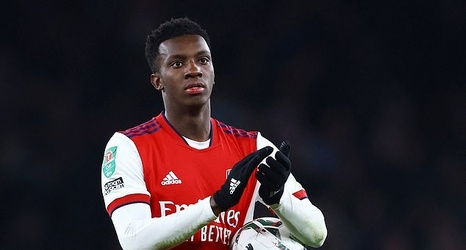 Nketiah, 22, is keen to be part of the tournament in the Gulf State in seven months time, according to Ghanaian media.

The Ghana Football Association have contacted his family in recent weeks over a possibility to switch international codes, as they look to have him onboard for the World Cup.

Nketiah was born to Ghanaian parents in the United Kingdom, but have represented England at all youth levels.