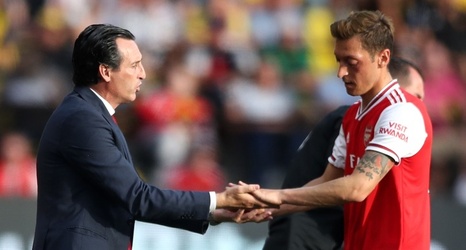 Arsenal manager Unai Emery said on Friday that midfielder Granit Xhaka is not ready to return and will miss Saturday's Premier League game with Leicester City at the King Power Stadium.

The Switzerland international has not featured in Arsenal's last four matches after reacting angrily to his own supporters who booed him off in the 2-2 draw against Crystal Palace in October.

Emery has since stripped Xhaka of the captaincy and told reporters the midfielder does not feel ready to make his return to first-team action.

"I spoke with him on Tuesday for how he is feeling now and his mind because he is working and training well, but he said to me it isn't enough at the moment to play and we are going to wait.