Tottenham's derby-day pummeling of Arsenal has blown the race for top four wide open, so who will get over the line? With the Gunners facing a tricky Monday night in Newcastle and Spurs riding the crest of a wave, Sportsmail predicts the final outcome 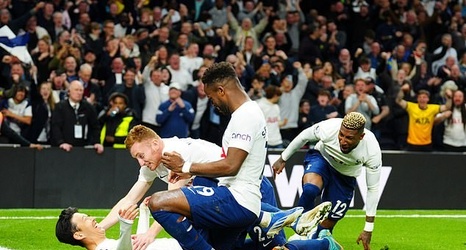 The race for top four took one of its most significant twists yet on Thursday night, with Tottenham's crucial win over Arsenal ensuring it will go right down to the wire.

Mikel Arteta's side could have secured Champions League qualification by beating their north London rivals, but after going two goals and a man down inside the opening 37 minutes they were eventually handed a 3-0 drubbing.

The Gunners' grip on fourth place is hanging by a thread heading into the final two games of the season, as Spurs now trail them by just a single point, but who will hold their nerve and get over the line?