'The win rate goes up when Thomas Partey is in there': Mikel Arteta fears midfielder's injury could be critical in Arsenal's top four battle and admits he has to make big changes without Ghanaian 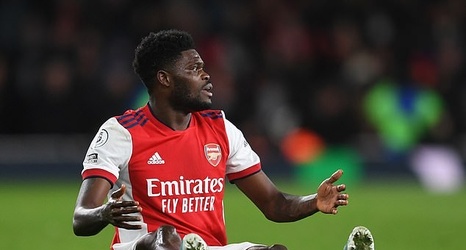 Mikel Arteta has admitted that playing without Thomas Partey is a difficult challenge for his Arsenal side to cope with as they try to bring Champions League football back to the Emirates.

Partey missed Arsenal's first three games of the season with a ankle problem as the Gunners slipped to consecutive defeats against Brentford, Chelsea and Manchester City. Upon his return to the side, Arsenal's form dramatically improved, and they are now in pole position to finish in the top-four.

However, the midfielder has sat out the team's last four games after suffering his latest injury setback, and Arteta has conceded that this is a concern for him as he is fully aware that Arsenal are a better side when Partey is in it.