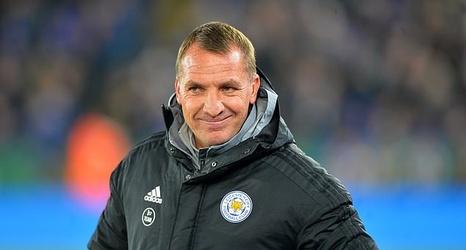 This is the awkward moment Leicester City manager Brendan Rodgers bats back talk of a move to Arsenal.

The former Liverpool manager has been heavily linked to the vacant post at the Emirates after Unai Emery was sacked last week, and Sportsmail revealed that Gunners have installed him as their number one choice to take the job.

But with Arsenal handing the role to Freddie Ljungberg on a temporary basis while they search for a permanent boss, speculation of Rodgers possibly taking over in north London has not gone away and the 46-year-old faced more questions from the media over his future ahead of his side's game against Watford on Wednesday.