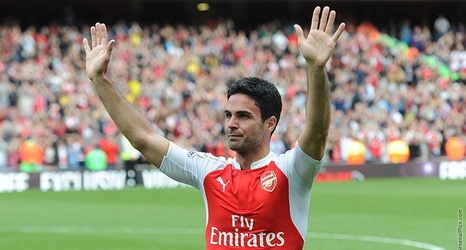 November 2017 will mark four years since the launch of the Arsenal 100 Club.

The 100 Club aims to formally recognise some of the Club's greatest former players. Seventy-four retired players with more than 100 league appearances have enrolled in The 100 Club, which was launched by Arsenal chairman Sir Chips Keswick and 1971 Double-winning goalkeeper Bob Wilson.

Following the conclusion of the 2015/16 season we are delighted to welcome our newest member Mikel Arteta, who has retired from playing to pursue a career in coaching.

He made 110 league appearances for the Arsenal over five seasons.