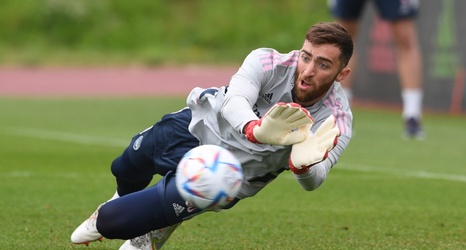 Matt Turner and Marquinhos will make their debuts for us against FC Zurich tonight, in two of seven changes to the side that featured against Manchester United on Sunday.

The American goalkeeper and Brazilian winger are handed first starts, as is fellow summer recruit Fabio Vieira who came on in the second half of the game at Old Trafford.

They are joined in the line-up by Kieran Tierney, Rob Holding and Takehiro Tomiyasu in defence, as well as Eddie NKetiah who is given the nod to start up front.

Meanwhile youngsters Karl Hein, Matt Smith, Catalin Cirjan and Amario Cozier-Duberry have been named on the bench and also could make their debuts this evening.