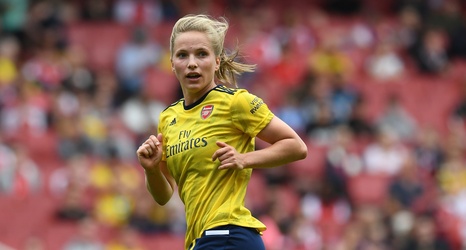 Tabea Kemme has announced her retirement from professional football due to an ongoing injury.

Tabea joined us from Turbine Potsdam in July 2018. During her time at Turbine Potsdam, Tabea made 145 appearances and won the UEFA Women’s Champions League and the Frauen-Bundesliga.

The 28-year-old has represented Germany since youth level, and made 47 appearances for her country. Tabea was also part of the Germany side that won gold at the 2016 Olympic Games.

Tabea has been a valued teammate and was an important influence behind the scenes throughout our Barclays Women’s Super League title-winning season.