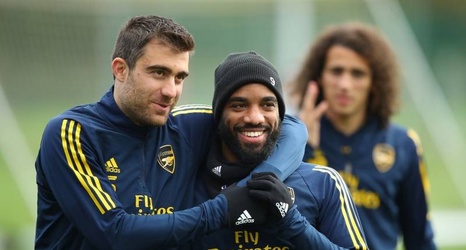 Sokratis Papastathopoulos has backed out-of-form Arsenal striker Alexandre Lacazette to fill the void left by Pierre-Emerick Aubameyang in their upcoming fixtures after the club's leading scorer this season was sent off at Crystal Palace on Saturday.

The Gunners remain unbeaten in their last three following their trip to Selhurst Park, but another failure to win from a leading position this season left Mikel Arteta's men in 10th in the Premier League.

The Greece centre-back said Lacazette can step up despite having not scored since December 12, per Goal's Charles Watts: "He's a machine.