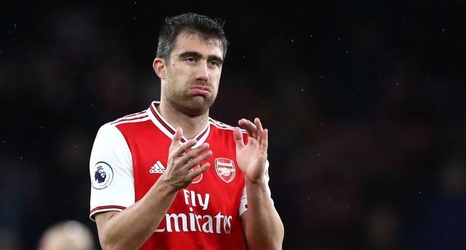 Sokratis Papastathopoulos has revealed he puts little stock in captaincy after Arsenal manager Unai Emery stripped team-mate Granit Xhaka of the armband and handed it to Pierre-Emerick Aubameyang.

Emery confirmed the change on Tuesday, though Aubameyang had led out the side as captain for the first time in Saturday's Premier League draw with Wolverhampton Wanderers.

Per Sky Sports' Dan Sansom, Sokratis said: "The captaincy or who has this on the pitch, I don't think it's very important. It's important that all the team is good in the dressing room. We are like a family. In the end who brings the pitch the captaincy is the last thing.