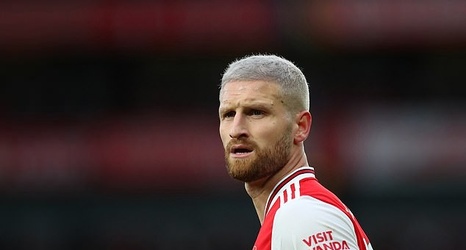 Arsenal defender Shkodran Mustafi says he hasn't given a moment's thought to his future at the Emirates and won't do until the end of the coronavirus crisis.

Mustafi, along with the rest of his Arsenal team-mates, is currently staying fit by training alone after London was put into lockdown on Monday.

Mustafi has been widely criticised by Gunners fans for his erratic performances during his time at the club and he has made just 18 appearances in all competitions this season.

The centre-back has been tipped to leave the club this summer after entering the final year of his contract but says his future is secondary to the global health crisis.