Sheffield United 0-3 Arsenal: Alexandre Lacazette scores twice and Gabriel Martinelli nets for the first time in 15 months after a rough week for Mikel Arteta as Gunners rise to ninth by beating rock-bottom blades 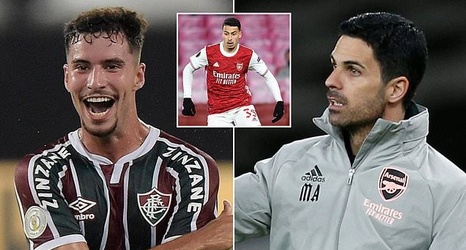 Alexandre Lacazette scored in either half and Gabriel Martinelli scored his first goal in 15 months to give Arsenal a comfortable Premier League win over Sheffield United at Bramall Lane on Sunday.

A flowing team move allowed Lacazette to calmly put the Gunners ahead after 33 minutes, before Martinelli added his first goal in 15 months with a close-range finish.

Lacazette then raced on to a ball from Thomas Partey through the centre before ruthlessly finishing past Aaron Ramsdale five minutes from the end, moving Arsenal into ninth and leaving the Blades a daunting 18 points from safety.