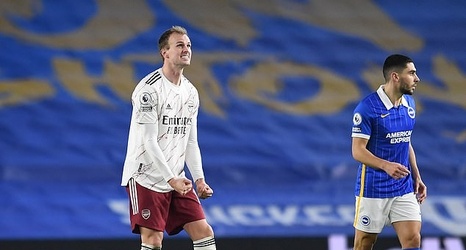 Arsenal defender is set to sign a new long-term contract with the club after impressing this season, according to reports.

The 25-year-old, signed from Bolton for £2million in 2016, has been forced into a regular first-team spot this campaign as part of Mikel Arteta's unsettled back four.

And, despite reports linking him to a loan move away this month, The Telegraph claim Holding will stay at the Emirates and avoid the expected mass culling.

It is believed a number of Premier League clubs had targeted Holding with a view to signing him on a temporary basis - but it is now more likely that the centre back stays and fights for his place.