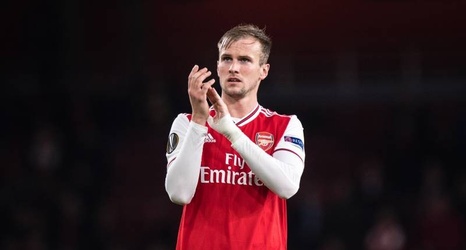 Arsenal aren't as far away as it appears from a place in the top four of the Premier League, according to centre-back Rob Holding. The defender has called for patience and belief to help the Gunners' bid to return to the UEFA Champions League places.

Speaking to Dan Sansom of Sky Sports News, Holding assessed Arsenal's chances: "We just need to string a couple of wins together and I think that will lift the confidence again and hopefully set us off on a run. We just need to stay calm and stay positive. We're sixth, we're not a million miles off it.