Reiss Nelson: Mikel Arteta Can 'Make Me into a Top Player' Like Raheem Sterling 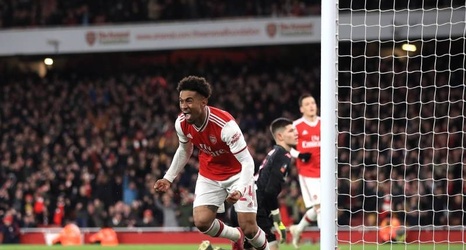 Reiss Nelson is confident new Arsenal manager Mikel Arteta can transform him "into a top player" after proving his coaching talents with Raheem Sterling and Leroy Sane at Manchester City.

Arteta, who played for Arsenal between 2011 and 2016, was appointed Unai Emery's permanent successor at the Emirates Stadium in December.

He has won just one of his seven Premier League games in charge so far, and Arsenal remain mired in mid-table:

But the Gunners' performances have improved.

Before moving back to north London to take the top job, the Spaniard was working as one of Pep Guardiola's assistants at City.