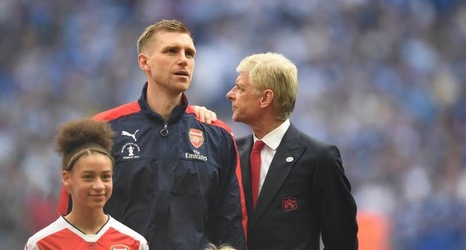 Arsenal academy manager Per Mertesacker has said the team's players were at fault for not repaying the faith former boss Arsene Wenger showed them during his time in the squad.

Mertesacker, 34, joined the Gunners in 2011 and made 221 appearances for the club before he retired in 2018, assuming his role as academy boss in July of that year.

James Olley of the Evening Standard cited an extract from Mertesacker's autobiography, Big Friendly German, in which the former centre-back bemoaned Arsenal's tendency to lose games in bunches.

Mertesacker placed his trust in Wenger's methods and his willingness to stick with certain players despite pressure to switch his selection::

"In 2015-16, he didn't buy a single outfield player, just a new keeper—Petr Cech—because he was convinced that the squad was good enough to win the title.