Paul Merson compares 'phenomenal' Trent Alexander-Arnold to David Beckham after his passing masterclass in Liverpool's Carabao Cup semi-final win over Arsenal... as he insists the right-back's ability is 'absolutely mind-blowing' 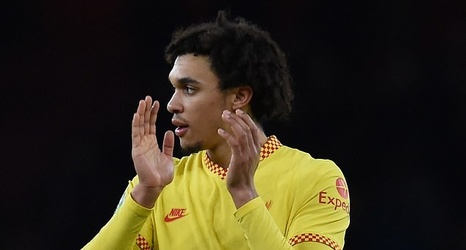 Former England international Paul Merson has heaped praise on Trent Alexander-Arnold for his performance against Arsenal in the Carabao Cup on Thursday evening.

Alexander-Arnold played a pivotal role in Liverpool's 2-0 win over Arsenal by providing the two assists for Diogo Jota's brace at the Emirates Stadium.

Merson compared Alexander-Arnold's 'phenomenal' ball-playing ability to that of David Beckham and said it would be impossible to tell the difference between the pair if you were only 'looking at their feet'.