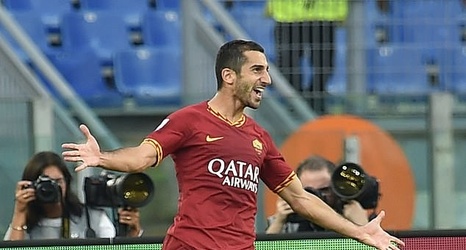 Roma loanee Henrikh Mhkitaryan says he is enjoying his football again after leaving Arsenal last summer, and the Armenian heaped praise on his manager Paolo Fonseca for his excting attacking style.

The 31-year-old moved to the Italian capital in a temporary switch last September after failing to find his best form at the Emirates, and he has since pushed on in Serie A to become one of Fonseca's key men.

Mhkitaryan has scored six goals this season with the Armenian star in good form before Italian football shutdown due to the coronavirus outbreak as he bagged two goals and three assists.