'Nuno was the first manager to get a real grip on this club... where will it go now?': John Barnwell, the last manager to win a major trophy with Wolves, opens up on the sleeping giant's long wait for the glory days to return 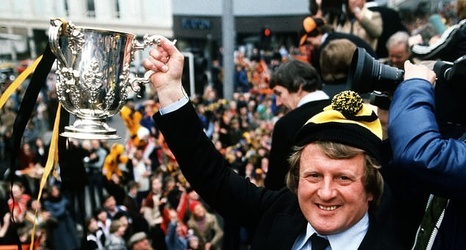 John Barnwell, manager for that historic League Cup final win against Brian Clough’s Nottingham Forest, is now 82 and lives next door to the beaten captain John McGovern on the banks of the River Trent.

McGovern often gives him a lift to games at the City Ground. ‘The final is one subject he doesn’t bring up,’ says Barnwell, whose career started with him playing for Arsenal and ended as chairman of the League Managers’ Association.