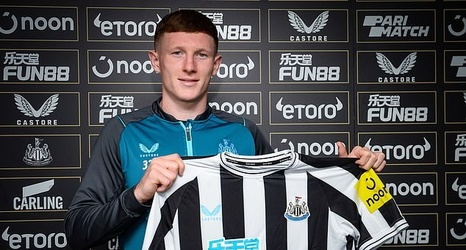 The 19-year-old has made three Premier League appearances this term after spending the second half of last season on loan at Bristol Rovers in League Two.

Born and raised in North Tyneside, he has been in Newcastle's academy since the age of eight and made his first team debut in an FA Cup tie against Arsenal last year.

Anderson, who is eligible for both England and Scotland at international level, has been tipped for stardom and compared to some of the game's greatest players.