New Arsenal wonderkid Charlie Patino, 17, described as the best Gunners youngster to ever come through the club's academy by scout who spotted Jack Wilshere... as teenage midfielder continues rise towards first-team 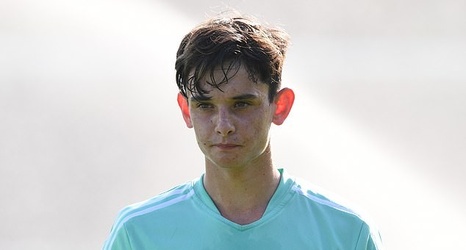 The scout who discovered Jack Wilshere described new Arsenal midfield sensation Charlie Patino as the best player to ever come through the club's academy, according to another Gunners talent-spotter.

Teenager Patino is on the verge of breaking into the Arsenal first-team after being used by Mikel Arteta in the club's training sessions over the summer. A recent video of his performance for Arsenal's Under-23s side at Swindon Town went viral among the club's supporters this week.

And Arsenal scout Brian Stapleton, who spotted the player while he was playing for Luton Town - the same club Wilshere came from in 2001 - said his boss in the Arsenal scouting department believes no youngster has shown more promise than Patino.