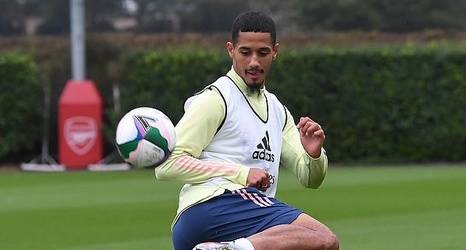 The Spanish manager only has Shkodran Mustafi and Gabriel Magalhaes as fit and available centre-backs ahead of the fixture against Dundalk, with David Luiz joining Rob Holding, Calum Chambers and Pablo Mari on the sidelines in the weekend's defeat to Leicester.

Fellow central defenders Sokratis Papastathopoulos and Saliba are fit but neither can be called upon after being excluded from Arsenal's European squad, and in the case of the latter Arteta admits he is an option he would like to have had available.