Mikel Arteta brutally singled out Ben White and told him to be more vocal during dressing down after Arsenal let in two goals at Watford... with Gunners boss also threatening to boot FOUR players out of training! 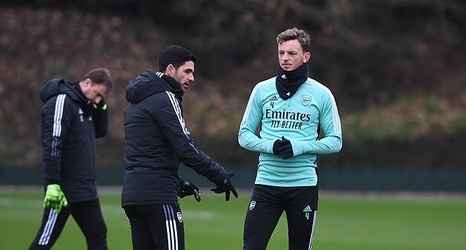 A new clip from the Amazon Prime Arsenal: All or Nothing series has shown Mikel Arteta chastising his team in tense scenes following a game against Watford in March.

Though the Gunners ran out 3-2 winners at Vicarage Road, the newly released clips show the 40-year-old unhappy with his team's defence performance against a club that would go on to get relegated.

Following the result, Arteta called a meeting of his defensive players to go through their performance in the game. Going through a presentation where he highlighted issues that he had uncovered in the result with his back-line, Arteta vented his frustrations openly.