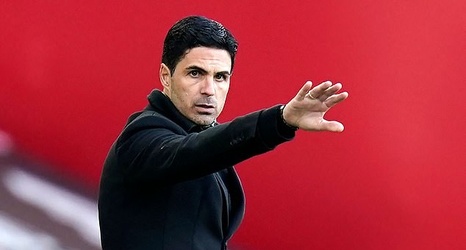 Mikel Arteta admits the relief of a much-needed Arsenal victory was spoiled by yet another injury headache.

Bukayo Saka hobbled off with a thigh problem after a wonderful display at Sheffield United and is a doubt for Thursday's crucial Europa League quarter-final second leg at Slavia Prague.

'I don't know the extent,' said Arteta. 'He had discomfort in the thigh, and that's the last thing we need. We are missing big players and we don't want to lose another one.'

Arsenal travelled to Sheffield without a host of regulars, including Martin Odergaard, Emile Smith Rowe and captain Pierre Emerick Aubameyang who was ill and unable to train on Saturday.