MATT BARLOW: Arsenal appoint the wrong people as captain for the wrong reasons in a role that has become a bad joke... Aubameyang has shown that giving your best player the armband simply doesn't work 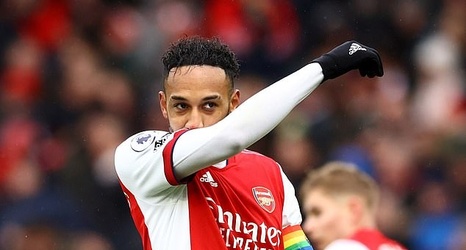 The Arsenal captaincy, once among the highest honours in English football, has become a bad joke in 15 years since the club left Highbury for the Emirates Stadium.

Perhaps the office is cursed, as some quipped when Pierre-Emerick Aubameyang lost the job, or perhaps simply an object lesson in the perils of decorating the wrong people for the wrong reasons.

Arsene Wenger hatched the idea of using the role as a last desperate ploy to quell the exodus of his best players, starting with Thierry Henry. Not that it stopped Henry leaving for Barcelona after the final season of his first spell fizzled out.