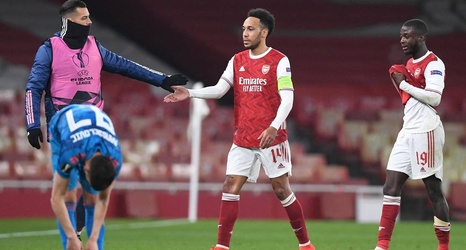 We moved into the last eight of the Europa League despite a narrow defeat against Olympiacos.

Youssef El-Arabi scored the only goal of the game, evoking memories of his late, late strike that knocked us out of last season's competition.

But this time El-Arabi's intervention didn't prove decisive with our 3-1 first-leg win in Greece enough to take us through on aggregate.

We had the better of a quiet first half, surrendering plenty of possession to Olympiacos but carving out the better chances.

Nicolas Pepe was unlucky to see his effort hit former Gunner Sokratis and roll inches wide of the near post.