Marieanne Spacey-Cale hoping to guide Southampton to the women's Championship 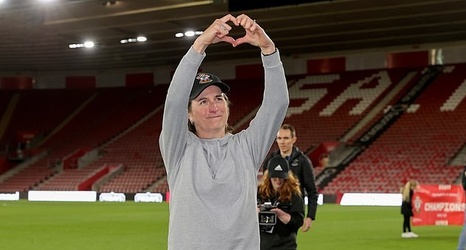 Southampton's bid for a place in the women's Championship has been four years in the making.

In 2018, the club applied to join the second tier by at the same time as Manchester United. The Red Devils' bid was accepted but the Saints were forced to start in the fifth tier.

Former Arsenal forward Marieanne Spacey-Cale, who won 91 caps for England, has led Southampton since their reformation.

Their maiden season brought promotion and the Saints were sitting top of the league in their previous two campaigns, but both were curtailed due to the Covid-19 pandemic.