Look who's back! Jack Wilshere makes his return to football as he gets his first minutes on the pitch in OVER nine months for Danish side Aarhus in a five-goal thriller 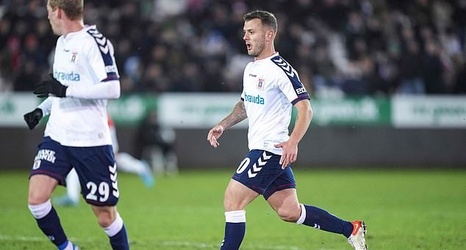 Jack Wilshere made his long-awaited return to football when he came on as a second half substitute for Aarhus on Friday night.

Having been released by Bournemouth last summer, Wilshere had not played competitively since the Championship play-offs in May.

He had been training with his former club Arsenal in recent months, but was not offered a contract by manager Mikel Arteta.

Earlier this week, the 30-year-old finally confirmed that he had found a new club when he agreed to join Danish side Aarhus until the end of the season.