'Lloris is the Harry Maguire of goalkeepers': Fans slam Hugo Lloris after SHOCKING blunder handed Arsenal a second goal against Spurs... as the World Cup winner drops the ball right in front of Gabriel Jesus a yard out 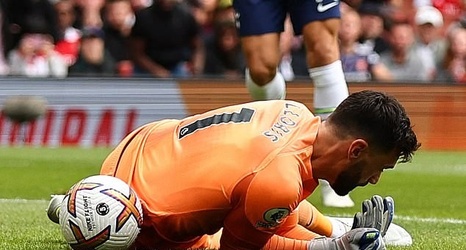 Hugo Lloris made a howler against Arsenal in Saturday's north London derby to give the hosts a golden opportunity to go 2-1 up in a pulsating clash.

The French World Cup winning goalkeeper somehow dropped the ball after a Bukayo Saka strike from inside the box right into the path of a waiting Gabriel Jesus, who tapped home from just a yard out to put his side back in front.

Jesus' goal came just three minutes after the restart, after Thomas Partey's opener was cancelled out by a Harry Kane penalty to leave the game balanced on a knife edge at the interval.