'Let's wait for June': Brazilian star Richarlison admits he is weighing up his Everton future amid transfer interest from Premier League rivals Chelsea, Tottenham and Arsenal 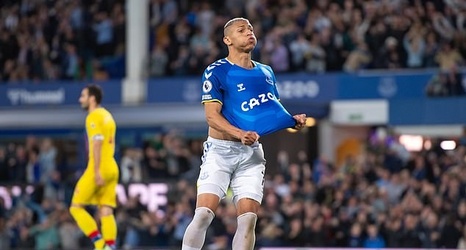 Everton forward Richarlison has confirmed he is considering his future amid interest from Tottenham, Chelsea and Arsenal.

The 25-year-old has become a cult hero at Goodison Park since his transfer from Watford for an initial £35million in 2018 and played a pivotal role during the club's relegation battle this season, with six goals in nine games to help them to safety.

However, asked about his next move while on international duty, he said: 'I've already made it clear to the board. I've already talked to (manager Frank) Lampard too, with my agents and they know what I want.