'Let's use this amazing technology for good': Thierry Henry joins forces with PUMA to front a new campaign to tackle online hate and protect social media users from 'faceless and cowardly' trolls 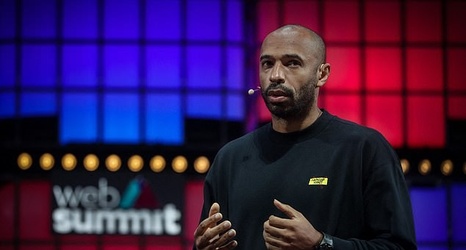 Thierry Henry has launched a new campaign to combat online hate, as the Arsenal and France legend steps up his crusade to protect users against 'faceless and cowardly' trolls.

Henry has been a leading figure in protests against social media companies, who are accused of not doing enough to stem tide of hate, and those who use their platforms to target others with racism and abuse.

The former striker deactivated all of his social media accounts in March and was a vocal supporter of a boycott of online platforms by British sports the following month.