Lacazette nominated for PL Goal of the Season 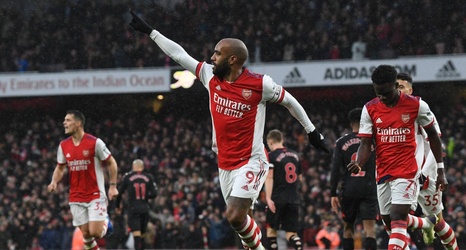 Congratulations to Alexandre Lacazette, whose strike against Southampton has been nominated for the Budweiser Premier League Goal of the Season!

Our winger then picked out our French striker in space, who fired emphatically into the top corner from the edge of the box.

Arsenal Breakdown analyst Adrian Clarke believes it was our best goal of the season. He said: "Facing the Southampton press isn’t easy but the Gunners manoeuvred the ball around them with consummate ease at Emirates Stadium.