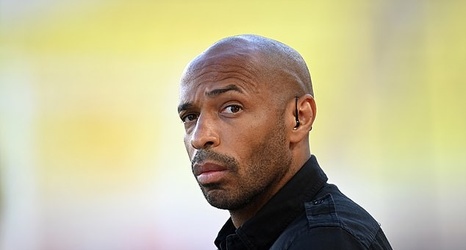 Thierry Henry has leapt to the defence of PSG's Kylian Mbappe's behaviour during the Parisians' 5-2 win over Montpellier in Ligue 1.

The former Arsenal and France legend claimed that the 23-year-old has 'nothing' to prove with his performances in the aftermath of an on-pitch sulk, having made a summer U-turn on his wishes to leave the club and signing a long-term contract.

Mbappe scored but also had a penalty saved against La Paillade, before shocking viewers as he appeared to stop running after not receiving a pass from Vitinha in a promising breakaway.