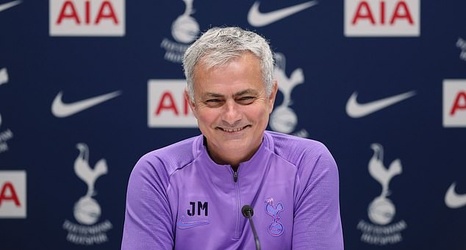 Jose Mourinho has hit back at Paul Merson by insisting he is loving life at Tottenham after taking up the reins in November despite the ex-Arsenal man's recent claims.

Former Arsenal midfielder Merson said Mourinho regretted joining Tottenham in his Daily Star column as he was no longer 'high-fiving ball boys' in reference to his celebrations in his second game in charge against Olympiacos.

However, Mourinho has responded to Merson's comments by revealing his delight at being in north London with the Portuguese already looking forward to starting pre-season with the club.