'It was totally my fault, I behaved like a fool': Former Arsenal player Alexander Hleb says he was to blame for his failure at Barcelona after Pep Guardiola 'did everything to help him' 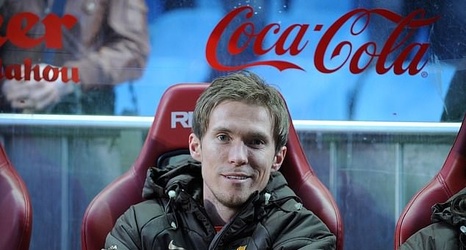 Alexander Hleb has admitted he 'behaved like a fool' during his time at Barcelona and only has himself to blame for his failure.

The former Arsenal midfielder became one of Pep Guardiola's first signings when he made the move to Camp Nou in 2008.

There were high expectations of the Belarusian when he arrived for £12million but he failed to hit the ground running as Barca went on to have on of their most successful periods in history.

At the time, Hleb spoke out about his frustration at a lack of game time but he has since come to the realisation that he was at fault for not earning a regular spot in the team.