'It was like a funeral': Arsene Wenger opens up about the sorry end to his era at Arsenal and confesses the job made him 'inhuman' - while Dennis Bergkamp admits his former boss should have quit sooner 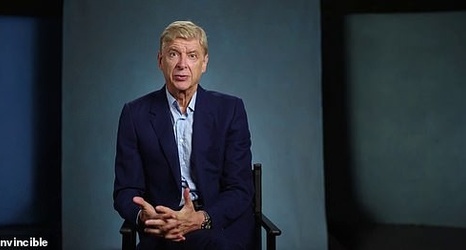 Arsene Wenger has shared the pain of his departure from Arsenal after 22 years as manager, describing the end of his era as 'like a funeral'.

Speaking in a new documentary about two decades in charge at Highbury and the Emirates Stadium, Wenger tells of his personal turmoil as he left the club he still loves.

After three Premier League titles, seven FA Cups, a Champions League final appearance, a team of 'Invincibles' that went a season without defeat, in the end there was a clamour for Wenger to go as the club repeatedly failed to challenge for the Premier League title and he was forced out in May 2018.