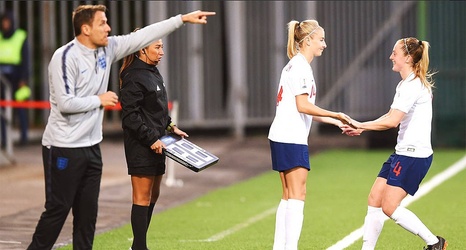 A number of our players were in action for their national teams on Friday evening. Scroll down to find out how they got on.

Leah Williamson made her England debut during the Lionesses’ World Cup qualifying win over Russia in Moscow. Our Centre of Excellence graduate replaced Keira Walsh in the 84th minute to make her first appearance for the senior side, with Beth Mead also featuring from the bench. Nikita Parris’ strike and two goals from Jill Scott secured a routine win for Phil Neville’s side.