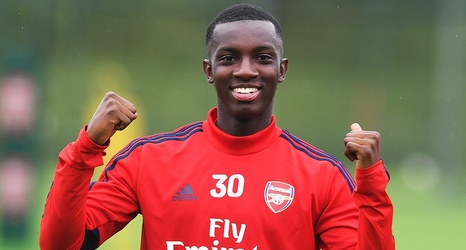 We had two stars in action for their countries on Friday evening. Scroll down to find out how they got on:

Eddie Nketiah scored and Joe Willock also featured as England Under-21s were held to a 2-2 draw by Slovenia in Maribor. Nketiah gave the Young Lions a first-half lead when he slotted home from the spot after being brought down by Zan Zaletal.

Our striker was switched out for Sam Surridge at the break, and his replacement wasted no time in making an impact on his international debut by heading Jon Panzo's home cross at the near post.