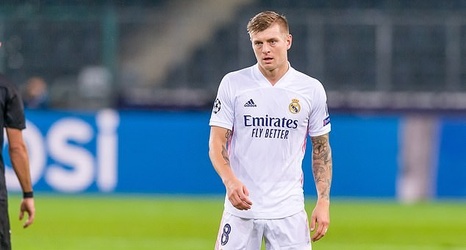 Real Madrid star Toni Kroos insists he is looking to put his social media spat with Pierre-Emerick Aubameyang behind him after the Arsenal striker's team-mate Mesut Ozil leap to his defence.

'I'm not surprised by anyone anymore,' Kroos told Bild, after both players had posted joking responses to him on social media. 'I found it amusing, but I've already ticked it off.'

Aubameyang has been known to produce a mask of a Marvel superhero when he scores, having donned the likes of Deadpool, Spider-Man, and Black Panther in the past.