Ian Wright slams 'poor' Pierre-Emerick Aubameyang and Thomas Partey in Arsenal's goalless draw at Brighton... and hints Alexandre Lacazette should have started instead of club captain as he 'links the play better' 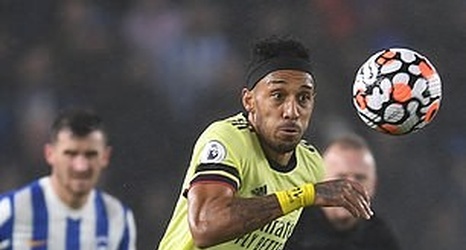 Aubameyang, 32, and Partey, 28, were the two most senior players out on the pitch for Mikel Arteta's men, but could not inspire their side to a fourth straight Premier League win amid sub-par displays.

The Gunners captain failed to register a shot on target at the Amex Stadium on Saturday and was duly replaced with eighteen minutes of normal time remaining by fellow striker Alexandre Lacazette.