'I relax by watching other managers suffer. And think, "It's your turn my friend!"': Arsene Wenger reveals devilish streak on BBC's Desert Island Discs... but which music did he pick as his favourites alongside Bob Marley? 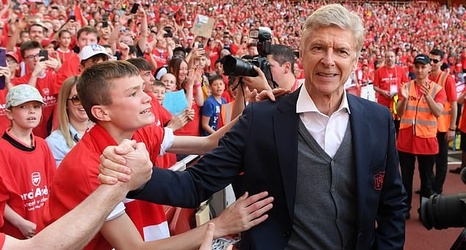 Arsene Wenger has given a rare glimpse into the devilish side of his character by jokingly admitting he now relaxes by watching other managers 'suffer'.

Wenger, 71, presided over the north London club across a 22-year reign, which spanned highs and lows, and decided to step away in 2018.

Despite having begun his career on the touchline with Nancy in 1984, the wily Frenchman remains heavily invested in the sport, albeit now from a distance.