'I had a lot of personal problems and my family also suffered': Lucas Torreira opens up on his struggle to settle at Arsenal and underlines his desire to turn his Atletico Madrid loan into a permanent switch 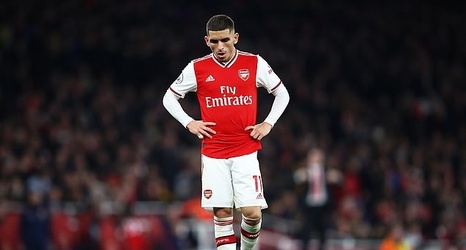 Arsenal star Lucas Torreira has poured doubt on a return to the club after joining Atletico Madrid on loan, admitting he and his family 'suffered' in north London.

The Uruguayan joined Arsenal in 2018 and was an immediate hit, forging a good relationship with the Gunners faithful and playing 50 times in his debut season under Unai Emery.

But he struggled to carve out a regular first team spot under new boss Mikel Arteta and was sent to the LaLiga side in a temporary switch earlier this month, with Atletico's Thomas Partey moving the other way in a separate £45million move.