'He was dying to come, he was literally begging everyone to go to Arsenal and texting saying what's happening?': Cesc Fabregas reveals Xabi Alonso was desperate to leave rivals Liverpool to join him at the Emirates in 2008 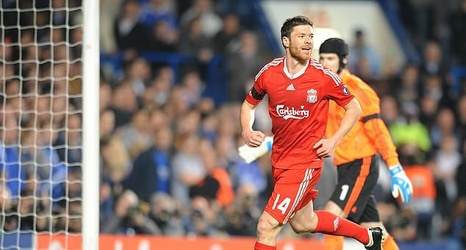 Cesc Fabregas has revealed that Xabi Alonso was desperate to join Arsenal in 2008 but the club blew their chance of signing the former Liverpool midfielder.

Fabregas claimed he spent a whole summer on the phone to his international team-mate and did his best to try and persuade the club's hierarchy to complete the deal.

But despite Alonso 'begging' for a move to the Emirates, the midfielder instead joined Real Madrid in 2009.

'I was on the phone with Xabi the whole summer, he was dying to come, he was literally begging everyone to go to Arsenal,' Fabregas told the Arsecast podcast.