'He was defending his team, I was defending mine!': Arsenal boss Mikel Arteta plays down furious touchline clash with Jurgen Klopp at Anfield... as his side went on to suffer heavy defeat 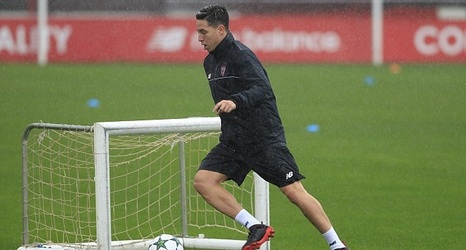 Arsenal manager Mikel Arteta says 'nothing' prompted his coming together with Jurgen Klopp during his side's 4-0 defeat Liverpool.

The pair came face-to-face on the touchline in the 32nd minute after an aerial battle between Sadio Mane and Takehiro Tomiyasu left the latter on the deck.

Arteta completely lost his temper and had to at one point be physically restrained by his assistant as he threatened to enter Klopp's technical area. Both managers were eventually booked by referee

Once things cooled down, Arteta (right) and Klopp (left) were both booked by the referee

When asked what prompted his reaction, Arteta told Sky Sports: 'Nothing.