'He is getting kicked for his team-mates... he is amazing': Bacary Sagna defends Arsenal's Alexandre Lacazette despite forward scoring just nine goals 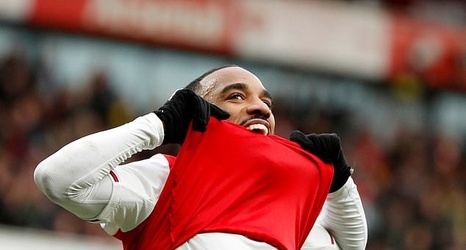 Lacazette, who has been on the receiving end of some criticism, had been dropped from the starting XI by Gunners boss Mikel Arteta in the weeks prior to the suspension of football.

Arteta had opted for 20-year-old forward Eddie Nketiah in attack, but Sagna has hailed the work of Lacazette.

'Laca is vital. He is the type of player who gives everything for the team,' he told Goal.