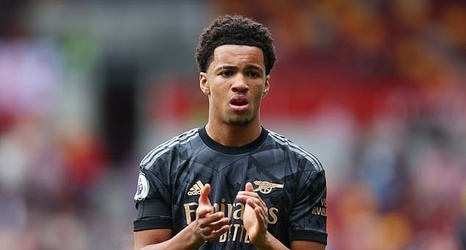 Granit Xhaka has showered Ethan Nwaneri in praise after the Arsenal starlet became the youngster player in history to feature in the Premier League.

The 15-year-old came off the bench to replace Bukayo Saka during Arsenal's 3-0 win over Brentford at the Community Stadium on Sunday.

Xhaka says Nwaneri is 'very special' and insists the youngster has a 'bright future ahead of him' but claims Arsenal must 'protect' their prodigy.

Speaking after Arsenal's game on Sunday, Xhaka said: 'We have to check the passport first!