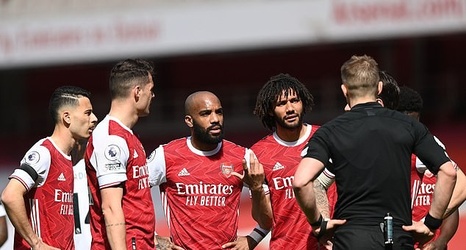 Eddie Nketiah scored in the sixth minute of added time to rescue a point for the Gunners, who looked set to hand the Cottagers their first win in six.

But despite managing to avoid defeat, Keane was highly critical of Mikel Arteta's side, saying they lacked even more quality than Fulham.

At half-time with the scores still at 0-0, Keane's opinion on the game so far was: 'Dreadful.